Why Malicious Actors Love PowerShell Attacks and How to Defend Them 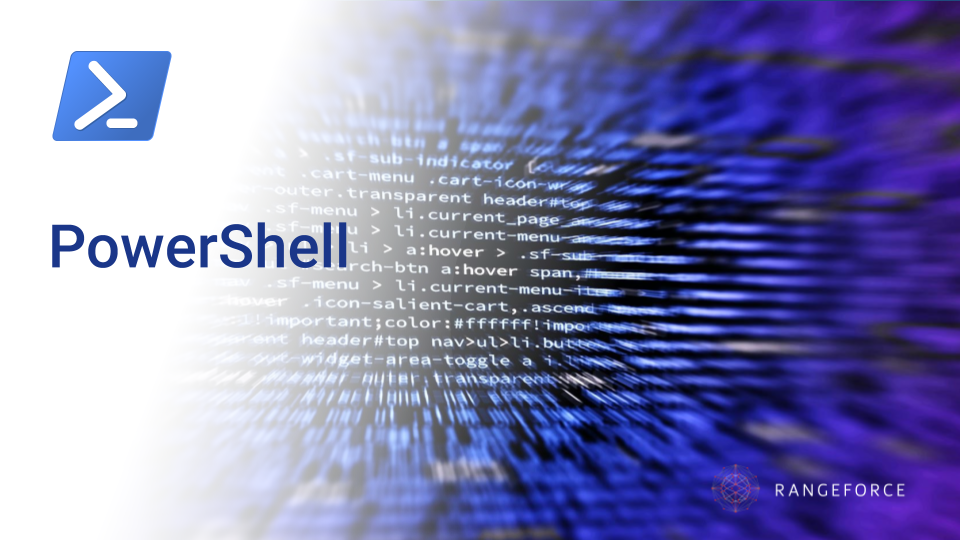 Cybersecurity professionals and threat actors remain perpetual nemeses, as the latter continue to devise innovative ways to infiltrate critical infrastructures worldwide. Identifying and defending against these sophisticated attacks is essential to assuring the confidentiality, integrity, availability, and safety of organizational assets.

Microsoft PowerShell is a built-in framework (command line interpreter) for Windows-based systems and provides granular control over managing and automating Windows systems. As a result, it is also frequently used by cybercriminals. Understanding PowerShell and how potential attacks can be carried out using PowerShell is essential for organizations to defend against PowerShell attacks.

PowerShell and its Significance in the World of Technology

First, it is imperative to understand the importance and use cases of this task automation and configuration management tool developed by Microsoft. As an open-source solution, PowerShell can be installed on various platforms including Windows, macOS, and Linux systems. Based on the .NET framework, PowerShell helps to automate and solve tedious administrative tasks, thus reducing human intervention within IT processes.

IT and Cybersecurity professionals such as security engineers and system administrators use PowerShell for various purposes; for example, PowerShell allows a user to implement automated security solutions that are dependent on specific services running on multiple servers. This saves processing time and allows the user to focus on other IT requirements. Overall, PowerShell enables users to complete multiple system tasks within minutes when compared with manual and labor-intensive deployments.

PowerShell, a Favorite Tool Among Malicious Actors: The versatility of PowerShell makes it broadly attractive to some of the top cybercriminals and cyberespionage groups, such as APT1, Duqu, APT10, and Smoke Loader Trojan, have used PowerShell scripts to gather critical intelligence leveraged in sophisticated cyberattacks.

In sophisticated attacks, attackers not only rely on PowerShell because it is dynamic, but because it allows them to take advantage of the "living-off-the-land" attack tactic. This concept of using trusted or pre-installed tools to carry out nefarious activities is not limited to PowerShell, but PowerShell has been increasingly used in successful ransomware and backdoor attacks.

Here are six reasons why PowerShell is a favorite tool among malicious actors:

1. As a critical aspect of the native Windows OS, PowerShell gives malicious actors a suitable cover for carrying out exploits. Native Windows OS tools are less suspicious to security professionals, making it difficult for IT security teams to identify attack vectors for proper sanitation.

2. PowerShell provides easy access to the Windows API, allowing malicious actors to perform automation tasks and administrative activities without risking being blocked by the administrators or the IT security team.

3. PowerShell libraries are readily available as an open-source tool, which allows threat actors to easily modify and/or weaponize PowerShell functionalities within arbitrary processes.

6. Malicious actors leverage scripts, such as WScript and CScript, to escape script-host constraints on Windows and other operating systems. They can also use other applications, such as WMIC to execute scripts, thereby expanding the attack surface.

Defending against PowerShell attacks requires security professionals to understand the modus operandi of criminals and how they use it for their nefarious activities.

PowerShell attacks keep transforming over time, so defenders must remain well-informed of the latest techniques and security measures to prevent them.

Anti-Malware Scan Interface (AMSI): This feature allows sending specific data to AMSI for its maliciousness identification. As a result, it is now possible to scan all script codes before their execution by PowerShell or other Windows scripting engines.

Script Block Logging: This feature logs blocks of Powershell code that match suspicious scripts or commands that have already been executed by an attacker, helping to identify potentially malicious code.

Code signing is a cyber defense technique used to combat sophisticated PowerShell attacks by providing authentication and integrity for source codes, system files, and scripts running in a protected IT environment.

When enforced, code signing becomes a defensive technique that ensures the constant monitoring of individuals with access to the deployment environment of protected networks, databases, and other critical infrastructures within an organization.

Since Microsoft PowerShell provides robust control over Windows systems, cybercriminals exploit it in many sophisticated cyberattacks, such as ransomware. Because technology alone cannot stop these attacks, it is necessary for cybersecurity professionals to have the skills to understand new vectors in their environment. Hands-on technical training for security professionals for signature-based detection, code signing, and other techniques help to defend against these PowerShelll attacks.

The RangeForce CyberSkills Platform provides hands-on simulation-based modules to assess skill level, and teach security and IT professionals how to use Microsoft PowerShell, as well as how to identify and prevent malicious activity. Organizations can then measure their effectiveness in finding these vulnerabilities to build resilience to cyberattacks.

Request a demo to see the RangeForce platform in action.